I had seen what might’ve been the Northern Lights on only two occasions: October 2001, the evening Thomas proposed to me in Denali, and August 2005, when Thomas and I took turns rocking newborn Kyra to sleep and poking our heads out the door of our Eagle River home.

Both times, the sky teased us with a distant glow, the kind that a Wal-Mart or obscured moon might emit. Both times, I wasted all my time behind the lens, ending up with only the weight of failure. Failure to photograph this elusive natural phenomenon. Failure to even enjoy seeing it.

Two weeks ago, Thomas came home from work and showed me Facebook posts of friends who had seen the Northern Lights in Anchorage around 2 am.  I was jealous.  None of them have kids, I thought.

At 1:30am, Thomas woke up and popped his head into my writing room. “Did you check on the Northern Lights?”

By the time I had served dinner, put the kids down for bed, poured myself a glass of wine, and started to write, the Northern Lights had dropped to the bottom of my to-do list.

Thomas grabbed my hand, pulled me out of my chair, and walked me out to the living room.  Before we even got to the windows, Ethan started to cry upstairs.

I sighed. Thomas squeezed my hand and ran upstairs to check on Ethan.  I peeked out a window and studied the star jammed skies.

“Anything?” Thomas asked, returning with Ethan in his arms.

Thomas handed me Ethan, then disappeared downstairs to get his jacket.  A few minutes later, he yelled up the stairs, “They are out! You’re finally going to see your Northern Lights!”

“Bring him with us!” Thomas said, as he suited Ethan up in his snow gear.

Even though I could hear my Aunties scolding me about taking a sleeping two-year-old into 10 degree temperatures, I asked, “What about Kyra?”

“We probably should just let her sleep,” Thomas said.  I agreed.

Huddled on our driveway, Thomas and I peered into the skies and started to see wisps of pale cream and green light flickering above. It was subtle, for sure, not the kind I normally see on calendars or posters.  Words froze on our lips. Our eyes dried from forgetting to blink.

Poor Ethan had his eyes shut tight.  His head and hands pressed against Thomas’ chest.  I kissed his chubby cheeks and he whispered, “I like outside. I like lights!” 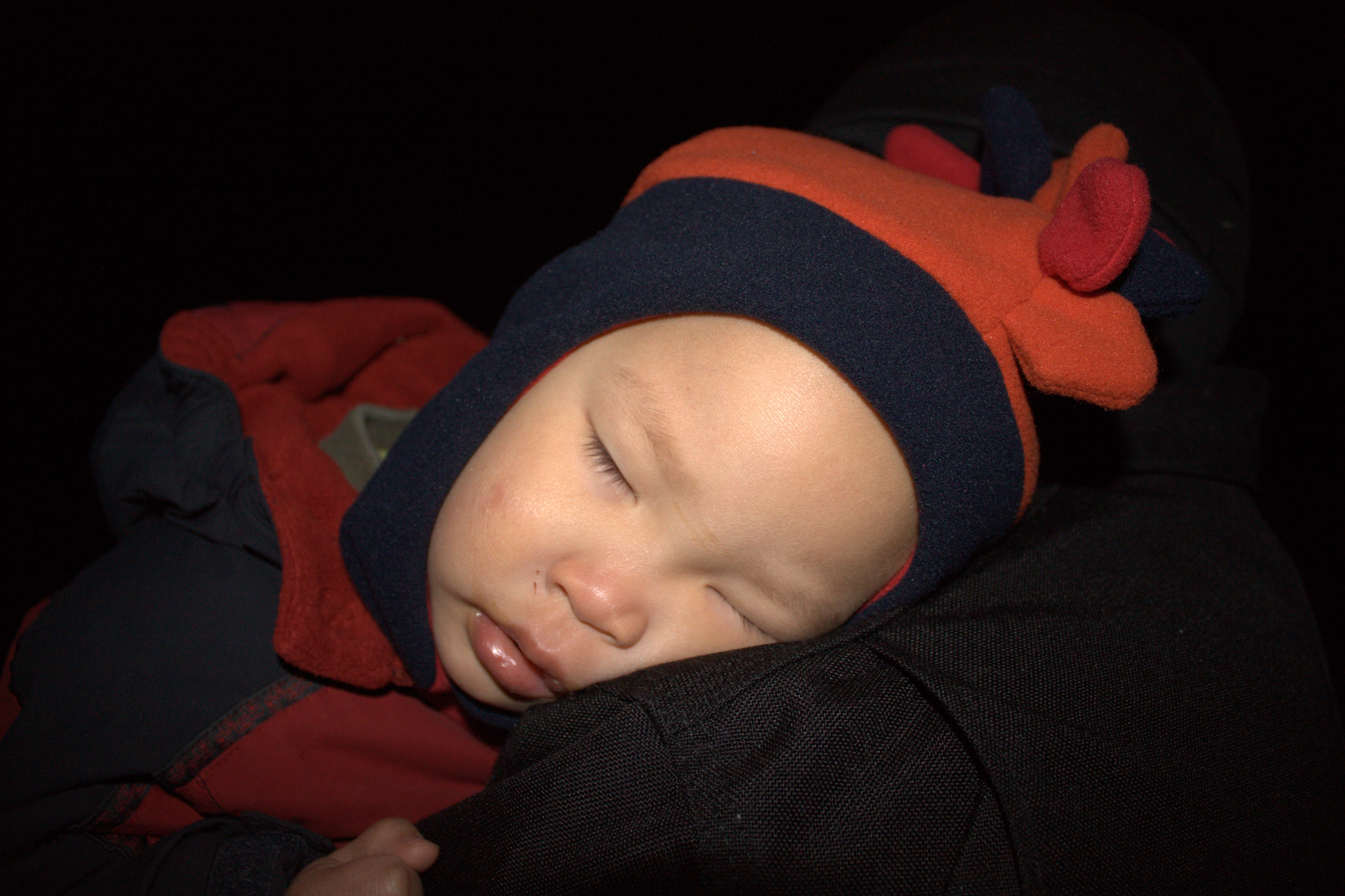 We started to laugh.  I wrapped my arms around my boys and said, “I wish Kyra could see this.”

Thomas asked, “Aren’t you going to get your camera?”

“Naw,” I said.  After becoming a mother, I had tossed aside some of my kid unfriendly aspirations like mountain climbing, travel writing, and nature photography.

As I rambled on about how I was just going to enjoy the moment with my naked eye, something I rarely do, Thomas gently reminded me that he had bought me a thick book on how to do cool stuff with my Canon EOS Rebel which I never had time to read.

Half an hour later, I was out on the driveway again, bundled up in my snowboarding gear, shivering before a tripod, fidgeting with all these settings I had never played with before on my camera. Meanwhile, the Northern Lights had shifted so that it now spotlighted my house.

Thomas and Ethan came out for a few minutes to check on me.  Thomas said, “It would be pretty cool if you could capture that.”

He knew just what to say to get me to believe in myself.

Another half an hour later, I started to lose steam. The Northern Lights thinned into wisps of smoky light. Every shot was dark. I had no clue what I was doing. I had tried everything recommended by web sites like “How to Photograph the Northern Lights with a Digital Camera” except the self-timer release (because I don’t own one). My fingers and toes were numb.

My last shot of the night, I told myself. Snap. And suddenly, a ghostly image of my house appeared in my LCD.  I kept shooting, at different ISO and f/stop numbers.  30 some shots later I accomplished a goal I thought impossible after having kids.  The photo wasn’t anything like the award-winning one I had imagined, but I wondered how many times I had missed the Northern Lights by looking out the window. I jumped up and down in joy for a few minutes. Only the stars glittered in acknowledgement. I felt insignificant and significant all at once.

Was there anything you gave up when you become a parent?