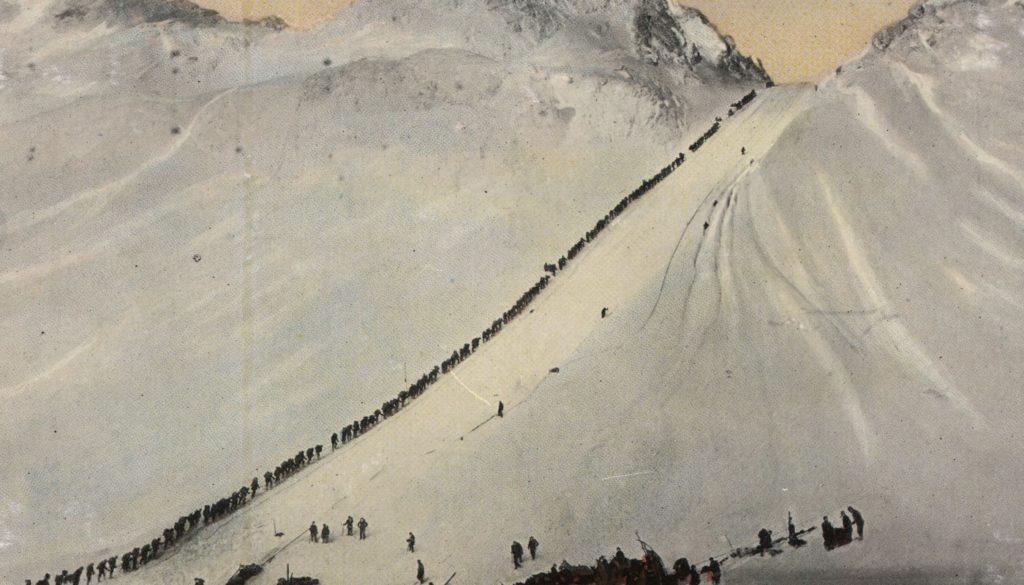 Mist consumed the last of the daylight and swallowed up the steep sides of the narrow Chilkoot Pass that cuts through Alaska’s Coast Range. It obscured even my husband, Thomas, whose boots occasionally sent down bits of ice and scree onto my head.

We hadn’t spoken to each other for miles. We arrived at Sheep Camp late the night before, missing a critical ranger talk that warned hikers to be on the trail by 6 a.m. in order to cross the pass before noon and cover four miles through avalanche country to Happy Camp. Not knowing this, we took our time eating breakfast and breaking camp, then left leisurely around noon. After all, we needed to cover just 7.5 miles. What we didn’t account for was the fact that there was a 2,500 vertical feet climb to the summit followed by snowfield crossings on the Canadian side, which typically took folks 12 hours to complete. At the moment, we were tackling the final approach to the summit, a 45-degree vertical rock scramble. But the tension had already begun yesterday, when my husband hurt his back from using an ill-fitting pack not long after setting out on the Chilkoot Trail. Between curse words, he grumbled, “So this is how you wanted to celebrate our ten-year anniversary?”